There are Two Seas in Palestine – Which One are You Like?

Since we are on a boat sailing the Sea of Galilee today, I thought I would share this parable that we will be reading to the pilgrims.

“There are two seas in Palestine. One is fresh, and fish are in it. Splashes of green adorn its banks. Trees spread their branches over it and stretch out their thirsty roots to sip of its healing waters. Along its shores the children play, as children played when He was there. He loved it. He could look across its silver surface when He spoke His parables. And on a rolling plain not far away He fed five thousand people.

“The River Jordan makes this sea with sparkling water from the hills. So it laughs in the sunshine. And men build their houses near to it, and birds their nests; and every kind of life is happier because it is there. 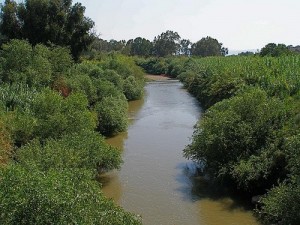 “The River Jordan flows on south into another sea. Here is no splash of fish, no fluttering leaf, no song of birds, no children’s laughter. Travelers choose another route, unless on urgent business. The air hangs heavy above its water, and neither man nor beast nor fowl will drink.

“What makes this mighty difference in these neighbor seas? Not the river Jordan. It empties the same good water into both. Not the soil in which they lie not the country about. 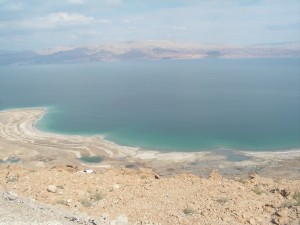 “This is the difference. The Sea of Galilee receives but does not keep the Jordan. For every drop that flows into it another drop flows out. The giving and receiving go on in equal measure.

“The other sea is shrewder, hoarding its income jealously. It will not be tempted into any generous impulse. Every drop it gets, it keeps.

See our upcoming pilgrimages at FootprintsOfGod.com (the next four are already sold out. But we have openings in December over Christmas break. Some people are bringing their families!   Contact Elizabeth for more info at sparran@ctscentral.net or at 800-727-1999, ext 150.”