Take a pilgrimage with Steve and Janet Ray!

Is Mary the Queen of Heaven Condemned by the Prophet Jeremiah?

I received an e-mail from a man considering conversion to the Catholic Church. He wrote:

Now if I could get past Jeremiah, chapter 44, I’d really be a happy camper, (LOL). Stumbled on that passage this morning in my “Quiet Time” (still have SOME residual Protestantism within me I guess), and wondered about the “Queen of Heaven” that the people of Judah were burning incense to. God sure was mad! Who was this “Queen” they were venerating (worshiping? don’t know the Hebrew here)? I wonder if they were putting her ahead of God? The struggles continue….but the Lord is faithful!!

Then Jeremiah said to all the people, men and women, all the people who had given him this answer:  “As for the offerings that you offered in the cities of Judah and in the streets of Jerusalem … The Lord could no longer bear your evil deeds and the abominations that you committed. …

It is because you made offerings and because you sinned against the Lord and did not obey the voice of the Lord or walk in his law and in his statutes and in his testimonies that this disaster has happened to you, as at this day.” …

Jeremiah (right) condemned this idolatry. But Jeremiah 44 is one of those passages that some Protestants confuse and wrongly apply to the Catholic faith.

Just like the discussion of Paul in Romans and Galatians (about faith and works) has NOTHING to do with Catholic vs. Protestant debate—it is about Jew and Gentile—so this passage in Jeremiah has nothing to do with the Christian/Catholic faith and our veneration of Mary.

Israel was forbidden to make offerings to “the queen mother” or to worship her. She was a mythical goddess and the conduct of the Israelites was idolatry. See Jeremiah 7 and Jeremiah 14. This is often used by anti-Catholics against the Catholic veneration of Mary. A few comments are in order…

I then present seven reasons why this has nothing to do with the veneration of Mary. For the full article, click HERE. 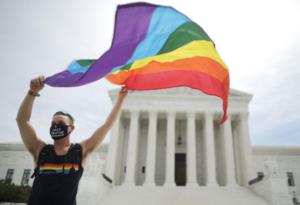 “The United Nations announced plans to release a report in June regarding “perceived contradictions” between “the right to freedom of religion or belief (FoRB)” and “sexual orientation and gender identity (SOGI).”

“The report aims to push governments to “fully comply” with international human rights law to “protect and empower” the participation of LGBT+ people in religious communities, the Daily Caller News Foundation reported.

“The U.N. requested calls for input from all interested governments, religious leaders, academics, activists, and human rights organizations regarding “perceived points of tension” between FoRB and SOGI.” (From The Blaze)

So, we who hold to traditional views of sex and marriage (as held by mankind since the beginning), and who hold to the teaching of Scripture and the Church, will be accused of being haters and of hate speech. It we fail to approve and even to celebrate this perverse lifestyle will expose us to retaliation and legal persecution.

It will someday soon be illegal to read aloud in public or even in a church this passage from the Bible found in St. Paul’s Letter to the Romans,

Romans 1:26 “For this reason God gave them up to dishonorable passions. For their women exchanged natural relations for those that are contrary to nature;

Romans 1:27   and the men likewise gave up natural relations with women and were consumed with passion for one another, men committing shameless acts with men and receiving in themselves the due penalty for their error.”

We recently watched a FANTASTIC movie about adoption, love, redemption and family while on the plane. Funny thing, we discover most of our good movies on airplanes.

A movie from India. It is worthy of an evening with popcorn and a box of Kleenex..

I think everyone will agree it would be good for the kids too. Redemption, hope, family…

Oh, it is entitled “Lion” which you don’t find out its meaning until the end. Enjoy!

Published in Crisis Magazine, author Austin Ruse No Church. No country. These gaping absences have produced a rage among young people that explains a great

Healing Mass on EWTN for the Order of Malta, I am the play-by-play announcer 🙂

Today at around 3 PM Eastern, the healing Mass here in Phoenix, Arizona begins. I will be one of the two play-by-play announcers, discussing healing

I spent a week in January with Archbishop Aquila as we were both speakers on the Good News Marriage Cruise. As always he was brilliant,

I am not suggesting that my response is appropriate for everyone, it all depends a bit on individual situations, but in this particular situation, I

Pictures of the Presentation of Our Lord

Today is the Feast of the Presentation of Our Lord.  I put up a few pictures of what I think it may have looked like.

Africans attend Mass more than anyone else – Nigeria 94% weekly

CATHOLIC MASS ATTENDANCE BY COUNTRY According to new data compiled by the Center for Applied Research in the Apostolate (CARA) at Georgetown University, Nigeria and

My Interview with Dr. Gavin Ashenden, former Anglican priest and Chaplain to the Queen of England

Let me introduce a new friend of mine. He is a new convert from Anglican to Catholic. His associates just can’t figure out why he

POPE FRANCIS: DECRIMINALIZE HOMOSEXUALITY   Pope Francis in an interview with the Associated Press condemned laws that criminalize homosexuality and sodomy. “Being homosexual is not

Humorous Take on the Religious Orders

The Conversion of St. Paul as the Seed of all Paul’s Theology

Jesus asked an unusual question from heaven. “Saul, Saul, why do you persecute Me?” How could Saul persecute Jesus who was safely distanced in heaven?

Roots and Metaphysics – The Loss of Transcendence

In 1982 Janet and I were renting a chalet in Switzerland with our two oldest kids then 6 and 2. We lived in the Alps

Read More »
Load More
Grandson James reads along at Mass
St. Peter's Fish in Galilee
Join us in the Land of Modern Saints
Me fishing with 2 Jewish fisherman in 2002
With Br. Andrew at Christ's Tomb
Touring Fr. Dwight Longenecker's new church
Finished my Ignatius Press book on Genesis
Our November group in Jerusalem
Visiting grandson Charlie for lunch at school
Newly discovered Pool of Siloam
Back to our ship in the evening
At Mary's House in Ephesus
"Downton Abbey" lunch in Ephesus
Our group in Ephesus
Our beautiful brand new bus in Israel
15% Discount and Free Shipping
Check out Catholic Bible Study Software
Upcoming Pilgrimages
Our December group in Israel 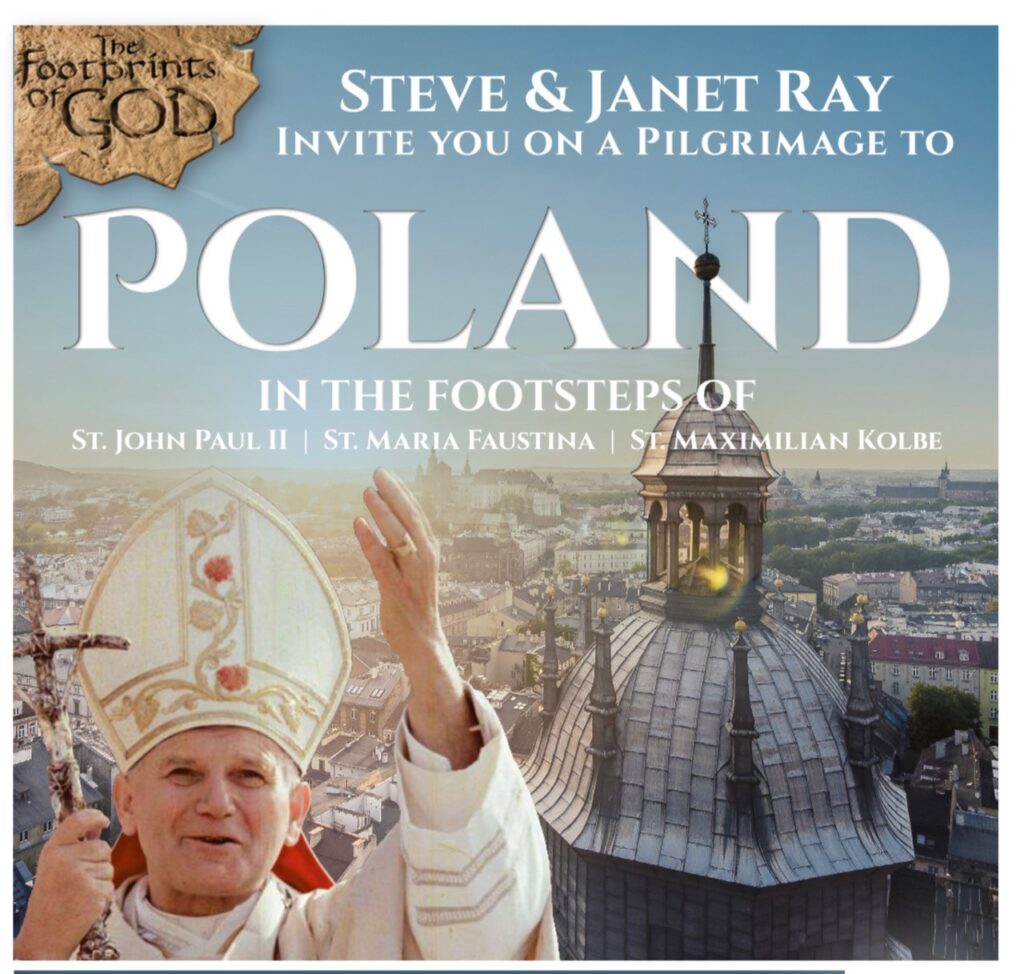 Lead Kindly Light, amid the encircling gloom. Lead Thou me on! The night is dark, and I am far from home; Lead Thou me on! Keep Thou my feet; I do not ask to see the distant scene — one step enough for me.

— Cardinal Newman, The Pillar of the Cloud

Healing Mass on EWTN for the Order of Malta, I am the play-by-play announcer 🙂 https://t.co/cPHWyAtXM1

Never heard of such stupidity and irresponsibility. China has a huge balloon spying on our country and who knows what else, and our military just sits back and watches. We have lost all of our nerve and our resolve as a nation.

Pentagon essentially just said that the balloon is too big to be taken down safely.

On a plane to Phoenix to be play-by-play announcer for live EWTN and Order of Malta Healing Mass tomorrow. Watched a great movie on the plane “Montana Story” of family pain and redemption.

Archbishop Aquila responds to the liberal confusion of Cardinal McElroy on True and False Inclusivity https://t.co/T0JYd1Qy8W

Is Mary the Queen of Heaven Condemned by the Prophet Jeremiah? https://t.co/nudfeqHhns

Pictures of the Presentation of Our Lord https://t.co/UJttVOpvAp

“Employer is Forcing Me to Support A Male Transitioning to a Female at Work” https://t.co/cQW4vfHkih

Africans attend Mass more than anyone else – Nigeria 94% weekly https://t.co/1cL52wdRc6

The nation with the highest percentage of Mass attendence is Nigeria. 94 percent Catholics attend Sunday Mass in the country despite severe persecution in the hands of jihadists.

The Conversion of St. Paul as the Seed of all Paul’s Theology https://t.co/cxFqCTlq7Q

Roots and Metaphysics – The Loss of Transcendence https://t.co/IqQ9DziiFB