Why Can’t Evangelicals See the Eucharist?

I was recently asked why Evangelicals cannot see the Eucharist and Real Presence in the Bible. This person said that when they read the Bible it seems so clear — especially John 6 where Jesus says “Unless you eat My Flesh and drink my Blood . . .” and at the Last Supper when he said, “This IS my flesh.”

“Why is it so easy to see for me,” she wrote, “while Evangelicals miss  it?”

There are a good number of explanations for this, but I tried to put it in simple terms. I responded: 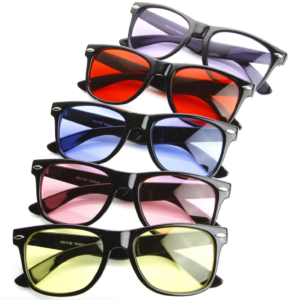 “In answer to your question it all depends on what kind of glasses you are wearing. If you wear dark-colored glasses you see things differently than if you wear clear or red-shaded glasses. Every tradition, whether it is Catholic, Baptist, Mormon, or Lutheran has a tradition or grid through which they read and interpret the Bible. No one approaches the Bible objectively without any preconceived ideas or convictions.

“If one wears Baptist glasses and is convinced of the Baptist teaching, then they will see everything they read through their own Baptist ideas or tradition; they read their tradition into the text. Since they are told the Eucharist is only symbolic, they twist and tug to make Scripture fit their perspective.

“Also, as Evangelicals, we (or at least I) were convinced the Catholic Church was wrong and we didn’t even understand what they believed or the basis for it. I also didn’t know that ALL Christians for the first 1500 years believed what Catholics now teach. And that even now ALL Christians around the world believe in the Real Presence except for a very small sliver of the Christian pie — the Evangelicals, Fundamentalists, and a few other newly invented groups.

“The Catholic also has a tradition which has been handed down from the apostles. We can trace it with full confidence back to Jesus himself. When we read the Bible we have on our Catholic glasses which enables us to understand the Scriptures the way the apostles wrote it and the early Church understood it. We trust Scripture and the Tradition and this tradition is that which was taught by the apostles (2 Cor 11:2; 2 Thess 2:15; 3:6).

Be proud, yet humble, to be Catholic!”