Israel scientists say they have gathered the most convincing evidence to date that increased vitamin D levels can help COVID-19 patients reduce the risk of serious illness or death.

Researchers from Bar Ilan University and the Galilee Medical Center say that the vitamin has such a strong impact on disease severity that they can predict how people would fare if infected based on nothing more than their ages and vitamin D levels.

The study is based on research conducted during Israel’s first two waves of the virus, before vaccines were widely available, and doctors emphasized that vitamin supplements were not a substitute for vaccines, but rather a way to keep immunity levels from falling.

Vitamin D deficiency is endemic across the Middle East, including in Israel, where nearly four in five people are low on the vitamin, according to one study from 2011. By taking supplements before infection, though, the researchers in the new Israeli study found that patients could avoid the worst effects of the disease.

“We found it remarkable, and striking, to see the difference in the chances of becoming a severe patient when you are lacking in vitamin D compared to when you’re not,” said Dr. Amiel Dror, a Galilee Medical Center physician and Bar Ilan researcher who was part of the team behind the study. 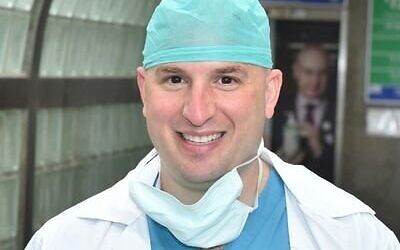 He noted that his study was conducted pre-Omicron, but said that the coronavirus doesn’t change fundamentally enough between variants to negate vitamin D effectiveness.

“What we’re seeing when vitamin D helps people with COVID infections is a result of its effectiveness in bolstering the immune systems to deal with viral pathogens that attack the respiratory system,” he told The Times of Israel. “This is equally relevant for Omicron as it was for previous variants.”

Vitamin D is inexpensive and readily available at any grocery store, drug store and online.