Are Verses Left Out of Modern Translations of the Bible?

There are a lot of people today that are what we call “King James only“ Christians. They believe that the King James Version (KJV) of the Bible is the only inspired version and that modern translations are modernist. One argument for this is that there are some verses contained in the KJV which are not in recent modern versions.

The argument of KJV-only adherents only betrays their ignorance of the process of inspiration, transmission and translation. We sometimes joked that, “If the KJV was good enough for St. Paul, it is good enough for me.” 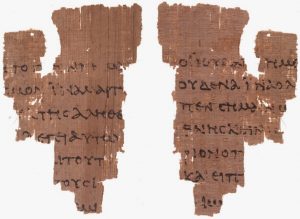 We don’t have any of the original writings of the documents in the New Testament, only copies and copies of copies. There are thousands of fragments and manuscripts from the early centuries. The earliest is called the John Ryland fragment which contains a small portion of John 17 and 18. It is dated at AD 125 and was found in the sands of Egypt and written of papyrus.

The KJV was translated in 1611 by Protestant King James of England and was translated when we were still devoid of the best and most ancient manuscripts that testify to the original writings of the apostles. Over the last 400 years since the translation of the KJV there have been many newly discovered ancient and more reliable manuscripts.

Modern scholarship uses the most authoritative and trustworthy manuscripts to update the text of Scripture to make it much more accurate to what the apostles actually wrote. These manuscripts were not available during the translations of the KJV.

So, it was discovered there were some verses added by copyists over the centuries so King James had these later interpolations included in his translation. 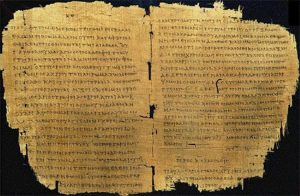 But modern translations do not include them as part of the text, because they were not part of the original texts. But, even though modern translators know that those verses are not in the original Greek text, they still often add them in brackets with comments like: “Early mss [manuscripts] do not contain this v [verse].” This note is from the New American Standard Bible which is the translation I was raised with in my middle years along with the KJV.

Commenting on the later interpolation, the NIV footnote adds, “Some less important manuscripts [add]…”  The Catholic New American Bible, used for Mass in the US, footnotes, “Toward the end of the second century in the West and among the fourth-century Greek Fathers, an additional verse was known… This verse is missing from all early Greek manuscripts and the earliest versions, including the original Vulgate. Its vocabulary is markedly non-Johannine.”

Anybody who claims that those verses are definitely part of the original writings — and that Bibles that don’t include them are modernist and in error — only show their ignorance and the whole process of inspiration, transmission, translation and hermeneutics. For more on this check this Protestant but very good source: Why Are Newer Translations of the Bible Missing Verses?

You may also appreciate my article What Translation of the Bible Should you Use?