PrevPreviousDr. Robert Malone, the Virus, the Vaccines, Real Science and Politics
Next“Palestine” – What is the origin and meaning of the word?Next

What is Epiphany anyway? And why should I care?

The Feast of the Epiphany – the Magi, the Baptism of Jesus and the Miracle of Cana all combined – is really quite fascinating. It was actually a celebration in the Church long before Christmas was celebrated and eventually overshadowed Epiphany.

John Paul II gave 52 Homilies that mention the word Epiphany, or are centered on the Epiphany. The word epiphany means a sudden insight, a revelation. In Christian terms it refers to the manifestation of Jesus’ divinity to the world. The Baptism of Our Lord was such an epiphany as the voice of God revealed the true nature of his Son. In Cana the disciples saw his glory and believed, and the Wise Men understood who he was so that even the Gentiles saw the glory of God. 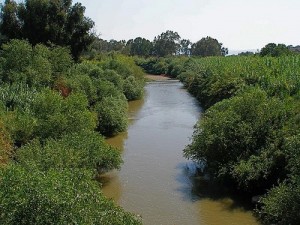 Today is January 6, the Feast of Epiphany and I have stood in the exact three places many times. Epiphany was more important than Christmas in the early Church and was celebrated earlier in the centuries.

For Steve‘s article “Did the Wise Men Meet the Shepherds” click here. To read about the Epiphany in the Catholic Encyclopedia, click here.

For brochures of upcoming pilgrimages and cruises, click here. You can also contact our Reservations Team at 866-557-2364, or write them at FootprintsOfGod@ctscentral.net. .

Catechism on Epiphany: “The Epiphany is the manifestation of Jesus as Messiah of Israel, Son of God and Saviour of the world. The great feast of Epiphany celebrates 1) the adoration of Jesus by the wise men (magi) from the East, together with 2) his baptism in the Jordan and 3) the wedding feast at Cana in Galilee. In the magi, representatives of the neighbouring pagan religions, the Gospel sees the first-fruits of the nations, who welcome the good news of salvation through the Incarnation. “

“The magi’s coming to Jerusalem in order to pay homage to the king of the Jews shows that they seek in Israel, in the messianic light of the star of David, the one who will be king of the nations. Their coming means that (us) pagans can discover Jesus and worship him as Son of God and Saviour of the world only by turning towards the Jews and receiving from them the messianic promise as contained in the Old Testament. The Epiphany shows that “the full number of the nations” now takes its “place in the family of the patriarchs”, and acquires Israelitica dignitas–(is made “worthy of the heritage of Israel”).”  CCC 528