St. Ignatius of Antioch (my favorite Apostolic Father) and the Star of Bethlehem

PrevPreviousOn Restoring the Sunday Mass Obligation
NextSteve Ray’s Discussion with Fr. James Altman of the State of the Church and the WorldNext

It is not an understatement to say the St. Ignatius of Antioch, who was eaten by lions in Rome in AD 106 is one of my favorite men of all time. He was a link to help me grasp the Catholic Church. He dragged me in with his seven letters.

So it was with interest that I read John C. Evans treatise of St. Ignatius, his times, his associates, his speculated relationship with St. John and the Blessed Virgin Mary, with Peter and others. The star of Bethlehem association is also an interesting twist.

John Evans shared this with me and it intrigued me enough that I wanted to share it. Everything below the line of asterisks belongs to John Evans.

Below the article is a video of John interviewing me about the life of the Holy Family in their own historical context.

Through the Eyes of John and Mary

A brief hypothesis on chapters 18 and 19 of Ignatius of Antioch’s Letter to the Ephesians and his primary sources.

Disclaimer:
The following consists of a blog entry and not an exhaustive study of the questions raised. As such, it is intended as a rough outline of my thesis and is subject to critique, revision, and further dialogue. 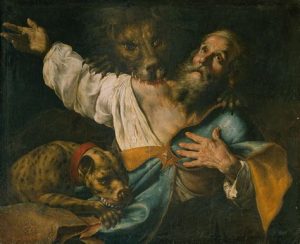 The letter to the Ephesians attributed to the early second-century martyr, Ignatius of Antioch, conspicuously stands out from the six other epistles generally believed to be authentic by mainstream voices in the field of patristics. This is largely due to a famous or infamous passage toward the end of the letter, comprising of chapters 18 and 19 in which Ignatius, on his way to execution in Rome, seemingly diverts from the flow of his discourse to expound the events surrounding the passion and nativity of Christ.

The minimalist scholar will inevitably hold to the conviction that these references comprise of merely one layer in a series of “ecclesiastical traditions” of dubious origin with little to no foundation in the person of the historical Jesus. Such a conviction, however, is founded on the presupposition that either the apostolic memory died before Ignatius gave his life in Rome toward the very dawn of the second century or that the successors to the Apostles had little concern for historicity as we would conceive of it. However, such a presupposition ignores two steady streams of evidence branching from a wealth of patristic sources.

Most would place the death of John, the last surviving apostle, to circa A.D 90 in Ephesus, hardly twenty years before the martyrdom of Ignatius of Antioch. John was active in Asia Minor toward the end of his life and according to the second-century father Irenaeus, a well-known student of Polycarp, he was responsible for combating heretical sects toward the close of the first century, which sought to distort the memory of what the rest of the twelve witnessed and died defending. 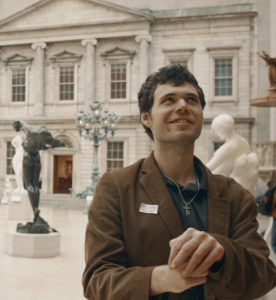 John was an eyewitness of the crucifixion of Jesus, was caretaker for His Mother in Ephesus, until her passing or assumption, possibly in the 60s, and is listed as a pillar of the faith by Paul alongside James, the brother or cousin of the Lord. There is also the witness of Papias. Papias authored an “exposition on the oracles of the Lord,” which is now lost. However, fragments survive. Papias claims to have faithfully passed on what he learned from a series of eyewitnesses of “the truth” and to have an interest in truth as it factually happened, and he references the name “John” twice. As we read:….

For the whole article, click here to visit John C Evans’ Book and Spade website. You comment on the article below AND learn more about this fascinating young man named John C. Evans and write to him at https://www.bookandspade.com/contact.