Sola Scriptura and the Canon of Scripture

Sola Scriptura and the Canon

When non-Catholics are asked to provide biblical support or their belief that the Bible Alone is the sole rule of faith for the believer, they usually cite 2 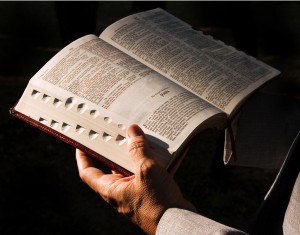 Timothy 3:16-17 which states that “all scripture is God-breathed and is useful”.

However, they somehow miss the fact that the two verses immediately prior stress the importance of oral teaching and the teaching authority of the Church. Here is the entire passage with context added:

2 Timothy 3:14-17
Verse 14: But as for you, continue in what you have learned and have become convinced of (Timothy had learned the Gospel and become convinced that it was true by Paul’s ORAL preaching and teaching. This oral preaching and teaching is known to Catholics as Sacred Tradition.), because you know those from whom you learned it (Timothy had learned the Scriptures first from his mother and grandmother, and then the full gospel from Paul, an Apostle (and Bishop) of the Church, and possibly from other Church leaders whom Timothy had heard preaching and teaching. The teaching authority of the Church is known to Catholics as the Magisterium.) ,

Verse 15: and how from infancy you have known the holy Scriptures (Timothy would have known only the Old Testament scriptures from his infancy since the New Testament had not been written or completed at the time Paul’s letter to Timothy was composed. However, the New Testament is recognized as part of the Bible, the written Word of God. This is known to Catholics as Sacred Scripture.), which are able to make you wise for salvation through faith in Christ Jesus. (Only after commending the Tradition “handed on” from the Magisterium does Paul go on to discuss the nature of Sacred Scripture in the following verses.)

Verse 16: All Scripture is God-breathed (referring exclusively to the Hebrew Scriptures) and is useful for teaching, rebuking, correcting and training in righteousness, 17so that the man of God may be thoroughly equipped for every good work.

Eighty percent of Paul’s quotations of the Old Testament in the New are from the Greek Septuagint, the Greek translation of the Bible. Therefore, in this passage of scripture, Paul encouraged Timothy to continue in what he had learned from the Septuagint.

The Greek Septuagint contains these seven books while the Hebrew version of the Old Testament does not. (For more on this topic, see Gary Michuta’s excellent book Why Catholic Bibles are Bigger).

There is no doubt that the Septuagint was known to and used by Jesus, Paul and Timothy and yet, in the 16th century, Martin Luther removed these seven books from the Bible because they contain passages that support distinctly Catholic doctrines like praying for the dead and purgatory—doctrines which he rejected. Luther justified his action in part upon the fact that the some Jews themselves rejected the Deuterocanonicals as part of their canon. 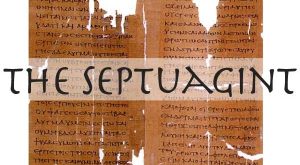 This development in the history of the Jewish canon is interesting in itself. Beginning as early as 90 A.D. some Jewish leaders began to re-think which books of the Bible should and should not be considered scripture. In the second century, the Jews questioned the Deuterocanonical books due in large part to the fact that the early Christian Church was using the Deuterocanonicals to support the Christian belief in the resurrection from the dead.

The Jewish scriptures were being used to win converts to the Christian faith! Consequently, some two centuries after Christ’s death and resurrection, the Jews are often thought to have questioned the Deuterocanonical books which taught the resurrection. Martin Luther used their doubt to justify his own. (For more on the “Council of Jamnia and the collection of Old Testament books, read my article The Council that Never Wasn’t as published in This Rock Magazine.)

This leads to a couple of obvious questions: “Why would the Holy Spirit guide a group of rabbis on matters related to the Old Testament canon when there was already a Christian Church in existence that was under His infallible guidance as Jesus had promised? And why should Luther accept the revised Hebrew canon instead of the canon of the Septuagint that had been used by St. Paul and from then on in continuous use in the Church for over fifteen centuries?

Luther picked that truncated canon for the same reason the rabbis did:  in order to undermine the teachings of the Catholic Church which did not fit his new theology.