Queen Elizabeth II – how Christian? Comments from a friend in Wales 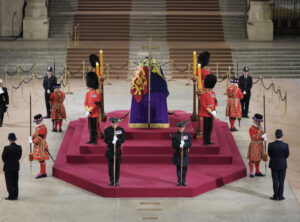 All of us here in Great Britain (and the world) have had a week of being told how good a Christian the Queen was.

But you be the judge. She claims to be the head of the Church of England, and her signature is on the abortion bills in Australia, the United Kingdom, Canada and New Zealand — the same with same-sex marriage too!

Next year we will have the coronation of King Charles who is a New Ager who is now being represented as a Christian though married to a divorced woman and crowned by an Archbishop who refused to call gay sex, a sin.

Charles said he would not have the title of “Defender of the Faith, but rather, “Defender of Faith.” Very different indeed.

Don’t let the pageantry fool you. You weren’t so foolish in 1776.

After some pushback from a few good Brits, my friend from Britain responded:

“The monarch has the duty and prerogative to sign all bills into law. A constitutional monarchy has the right to refuse and can even dismiss the government.

Baudouin a good Catholic abdicated for the day and sent a clear message,this conflicts with my Catholic Faith

The Queen put family and dynasty first and they call themselves The Firm.

In Canada, Australia and New Zealand and the 11 other realms the Governor general represents the Crown and signs using the Queens name.

Same sex marriage and women’s ordination signed into law by her signature too.

Best wishes, Your friend from Wales”