PrevPreviousFinally a Bishop Refuses Communion to a Pro-Abort Senator
NextThanks from a Deacon and his Wife – Lovely!Next

The Papacy, What the Pope Does and Why It Matters (Steve’s new book) 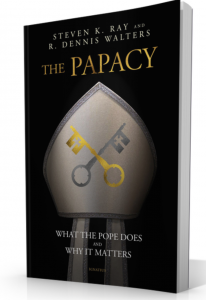