My Resolve as our World Spins out of Control

After commenting a bit on our dismal situation in the world, a friend wrote to me this morning saying, “Please keep doing what have been doing for many years to come!” 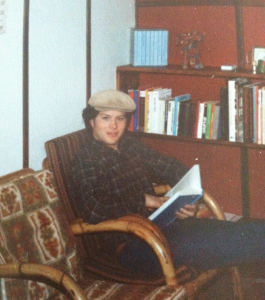 When we got married 44 years ago I told my good wife we had already lost our country, it was just a matter of time how fast we would slide down the hill. I had been a keen observer of philosophy, popular culture, the media and movies, education and the “intellectual” trends.

The trend was already set and I watched the “non-thinkables” quickly become “thinkable” and then accepted, then imposed, then expected, and then we were all required to praise and celebrate the things that even in my younger years were once “unthinkable”.

Abortion was just one of many evils that sprouted like an ugly weed due to this philosophical shift. 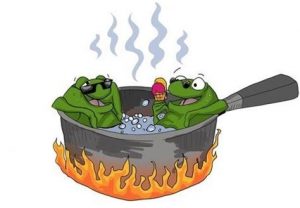 Put a frog in a pan of cold water and turn on the burner. Because the heat increases slowly over time, the frog does not realize the change. He does not respond but slowly is boiled to death. So it is with our country. The changes are just gradual enough that people adapt to the increasing change and in the end….

Every time we smile with a small victory it is like climbing up a sand dune when I was a boy. It seemed like for every step I climbed up I slid back down two steps. 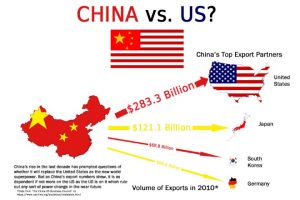 Even when Trump was elected I viewed it as a small victory, but said to Janet, “It is only a parenthesis — it will only slow down the decline for a while, it won’t stop it.”

It’s not about who’s in or not an office, it’s about the shifting trend of the philosophy and our willingness to except evil and socialism and the denigration of human life and freedom.

Without a spectacular intervention of God (which I pray for) we have already lost our country and the freedoms we have taken for granted. I hope I am proved to be wrong, but…

As for our family, we will fight the good fight and stand our ground. We will educate, castigate, and celebrate. We will live in the life of the Lord and his victory through the cross and resurrection. The truth is the Truth and cannot be forgotten, neglected or silenced.

So, we all do what we must even though I expect it is a losing battle on this battlefield. But knowing that in the end we win the war, Janet and I intend to stay faithful with our eyes set on the last day when “all who are in the tombs will hear his voice and come out, those who have done good to the resurrection of life, and those who have done evil to the resurrection of judgment. (Jn 5:28-29).What Grandmas do 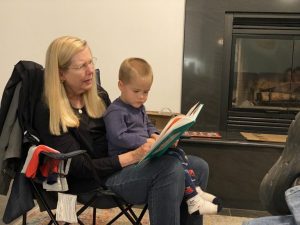 And if we can save the lives of some babies, form the conscience of our own family and a few others, keep the flame burning, bring some souls to heaven with us, die in friendship with God, and even die as martyrs with the Creed on our lips, we will have done our part.

Alas, we are called to be faithful, not successful, as Mother Teresa said.