Can Peter Walk on Water? Can Sinful Men be Infallible?

Is it possible for a sinful, fallible man to give an infallible interpretation of Scripture or an infallible definition of doctrine? If he is fallible and sinful, doesn’t that preclude his ability to be infallible when it comes to things of God?

No. In fact while many Protestants would say the Pope cannot be infallible in faith and morals because he is a sinner himself, they at the same time must agree that he can do something much more difficult. 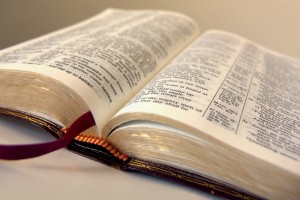 Peter and Paul were both fallible, weak and sinful men. There should be no argument here. Yet both did the harder of the two. Both wrote the very words of God inspired and authoritative. Their human weakness did not keep them from being used by God to write inspired Scripture.

We have at least 12 of Paul’s infallible, innerant, inspired writings and two from the pen of Peter. Peter lumps Paul’s writings in with “the other Scriptures,” attesting to their quality as “scripture.” 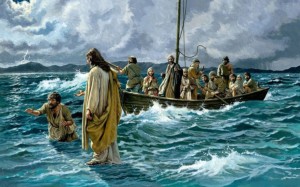 Peter’s words were considered infallible even in Acts 15 when James quotes Peter along with the Old Testament Scriptures as his two authorities in making a dogmatic interpretation binding upon the Gentiles. The letter written in Acts 15 is actually called “dogma,” (Greek word used in Acts 16:4).

Peter and the apostled infallibly defined “dogma” in AD 49 at the First Council of the Church held in Jerusalem — long before we had a New Testament.

So, Peter and the apostles CAN give infallible interpretation. This was demonstrated in Acts 15 and in all of Scripture (written by men) and has continued to be demonstrated through the history of the Church with the Popes and the bishops and the councils of the Church.

Remember, Peter demonstrated his fallibility and weakness when he attempted to walk on water and sank. But remember this, Jesus is the one that makes Peter infallible. Jesus reached down and held Peter by the hand and with Jesus’ assistance, Peter did walk on water — all the way back to the boat. It was Jesus who gave Peter the ability to walk on water. It is Jesus who gives the Church, through her pastors and the Pope, the charism of infallibly to lead and teach the Church  — within the guidelines of infallibility (CCC 890-892).

The argument from the greater to the lesser certainly works here. Peter wrote divinely inspired Scripture — which is the harder task, and under the protection of the Holy Spirit he can also provide an infallible interpretation — which is the lesser task.