PrevPrevious“Jesus Is Not A Homophobe” – T-shirt allowed in School
NextAmerican Situation in a Nutshell – Why 2012 Election is so Important!Next 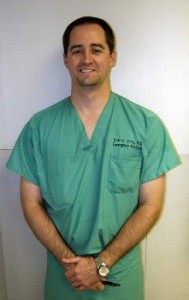 During my shift in the Emergency Room last night, I had the pleasure of evaluating a patient whose smile revealed an expensive shiny gold tooth, whose body was adorned with a wide assortment of elaborate and costly tattoos, who wore a very expensive brand of tennis shoes and who chatted on a new cellular telephone equipped with a popular R&B ringtone.

While glancing over her patient chart, I happened to notice that her payer status was listed as “Medicaid”! During my examination of her, the patient informed me that she smokes more than one costly pack of cigarettes every day and somehow still has money to buy pretzels and beer.

And, you and our Congress expect  me to pay for this woman’s health care?  I contend that our nation’s “health care crisis” is  not the result of a shortage of quality hospitals, doctors or nurses. Rather, it is the result of a “crisis of culture”,  a culture in which it is perfectly acceptable to spend money on luxuries and vices while refusing to take care of one’s self or, heaven forbid, purchase health insurance.  It is a culture based in the irresponsible credo that “I can do whatever I want to because someone else will always take care of me”.

Once you fix this  “culture crisis” that rewards irresponsibility and dependency, you’ll be amazed at how quickly our nation’s health care difficulties will disappear.