West has ‘betrayed the Christians of the East’, says Syrian Patriarch 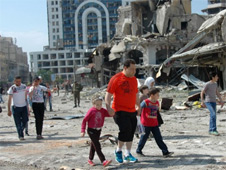 Syria, November 19, 2015: The head of the Syrian Catholic Church, Mar Ignace Youssif III Youan, has said the West has betrayed Syrians and caused an endless conflict in the country.

Speaking to Le Messenger, an Egpytian Catholic magazine, Youan spoke passionately about the “chaos” that Western governments have caused by ignoring the advice of Syrians, assuming that Assad’s regime could be destroyed in a few months, and now having faith in airstrikes as the answer when ISIS has thoroughly infiltrated Iraq, Syria and beyond.

“We Christians are not able to live in this chaos,” the Syrian Patriarch said. “The West has betrayed us.” 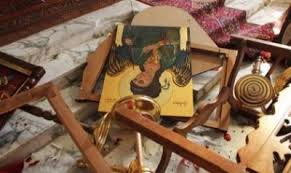 The patriarch accused Western governments of wanting to “perpetuate the endless conflict in Syria” and of having “betrayed the Christians of the East. We explained from the beginning that our situation was different from that of other nations in the region, they were not listened to. And now we mourn deaths over the past five years. ”

He described the current situation in Syria as “dramatic, and all the Syrian people are living in pain” as they are trapped under the regime of ISIS and other terrorist groups “who use Islam as an excuse to ‘purify’ areas under their control in the name of religion, and Muslim scholars who tell us that Islam is alien to these facts.

“It’s a shame that the West has abandoned Christians to this situation,” he said. 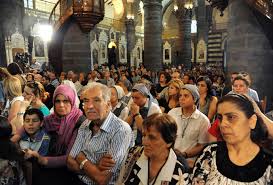 The patriarch said that terrorist groups, with financing from Saudi Arabia and other countries in the area, have thoroughly infiltrated Iraq and Syria, and there are now terrorists moving into Europe posing as refugees.

ISIS “have already infiltrated in European populations. For years they have received money, weapons and religious indoctrination from Saudi Arabia and the Gulf countries, with the supervision of the West. To claim that the solution is to carry out air strikes [in Syria and Iraq] is a lie”, he said.

This is futile, he said, “because their supporters have infiltraded the population, they are financed and have access to weapons and religious indoctrination.”