My Thoughts While Waiting In Line for Confession

PrevPrevious“Defending Archbishop Viganò & Why We Stay Catholic” by George Weigel
NextAn Impassioned Appeal to the Pope & Explanation Why Our Patience has RUN OUT!Next 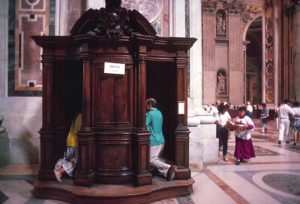 My wife and I went to confession yesterday. The line was pretty long (which was good to see, though I hate lines 🙂  As I sat and waited it struck me again that the Church is not just a loose association of like-minded followers of Jesus. It is not just “Jesus and me” as we believed when we were Evangelical Protestants.

We had a dinner scheduled afterward with an Evangelical who would hold confession with disdain. “All we need to do is confess to Jesus himself, not a priest.” Why would they think that way? Because of a fundamental difference in perspective on what the Church is. Is the Church an invisible association of lovers of Jesus or is it a familial organization with a government?

Jesus said, “I will build my Church (not churches)” and later says, “If your brother sins…take it to the Church.” (Matt 16:18; 18:15, 17). Jesus also gives the authority men to forgive or retain sins (Jn 20:23). If the words of Jesus mean anything, there must be an authority in the Church and it needs to be worldwide and we need to know where to find it. If a Baptist brother sins against a Methodist brother, where is the church with authority that can deal with the issue? There is no such mechanism among Protestants. 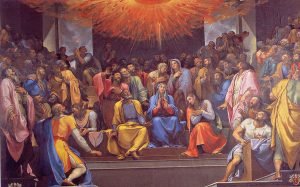 There were 120 people in the Upper Room and that is significant because in Jewish society it was necessary to have 120 people to leave the larger community (city) to start their own community with courts, judges, binding and loosing. Even the Israeli Knesset today has 120 members. The Church IS that new community. The Greek word for “church” in the New Testament is ecclesia which means the “called out ones.”

Called out for what? To be a new society, a new city, a new community, a new kingdom. The Church is the new Israel, so we would expect it to be similar in structure and authority. This “Church” would necessarily have laws and rules, the authority to legislate and to adjudicate. In short, using the biblical terms, the authority to “bind and loose.” 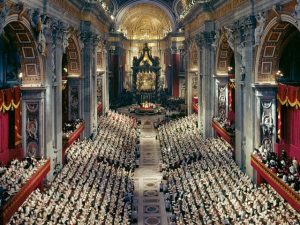 This government, this Church, this family was never promised perfect sinless leaders. That has been proven in spades throughout history and in vivid color this summer. But just because there are rogues who often infiltrate the leadership does not negate the truth of this one, holy, Catholic and apostolic Church.

Even Jesus had a Judas in his small band. We don’t leave Jesus and Peter because of Judas. If it can last for 2,000 years with every conceivable onslaught having thrown at it–and it still exists around the world bringing us the grace and forgiveness of God, laws and courts, beauty and worship–it is obvious that it is not from man but from God.

Sitting in the line for confession I realized that by virtue of my being there, I was acknowledging that I am part of something bigger than just “me and Jesus.” I was part of the governmental entity that was started in the Upper Room and continues today. I am accountable to Jesus, yes. But he is building a Church and I am a member of this new visible kingdom. My going to confession is a clear statement of that fact and of my submission to and recognition of that kingdom’s authority.