Is Jesus being harsh calling a woman a “dog”?

PrevPreviousYouTube Now Available! What Catholic Bible Study Software Does Steve Use?
NextNot Human, No Rights – so say the Democrats then and now!Next

Jesus seems very harsh to the gentile woman in today’s Gospel Reading (posted on the day this reading was at Mass). He seems to call the woman a “dog”. Here is his comment, 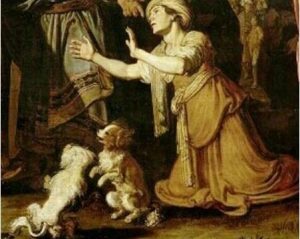 And Jesus said to her, “Let the children be fed first, for it is not right to take the children’s bread and throw it to the dogs.” (Mark 7:27)

She replies, “Yes, Lord; yet even the dogs under the table eat the children’s crumbs.” (Mark 7:28)

This passage is often taken as a cruel and harsh response from Jesus, but in the cultural context it is anything but. Here we see the bantering of Middle Eastern dialog and humor.

“Jesus’s words no doubt sounded as harsh to Hellenistic readers of the Gospels as it does to modern commentators … The proverb is less harsh in a Near Eastern context than it would be to us, but it is not gentle.

“The dialogue is an instance of the kind of wit that was and is admired in the Near East, the same wit that is called wisdom in the Old Testament; it is the ability to match riddle with riddle, to cap one wise saying with another, to match insult with insult, or—as here—to turn the insult into a commitment.

“There is nothing unrealistic about the exchange at all; Jesus would not have been a genuine Palestinian if he had not occasionally engaged in a duel of wit. The scene is much more a scene of peasant good humor than it is of solemn theological debate.” 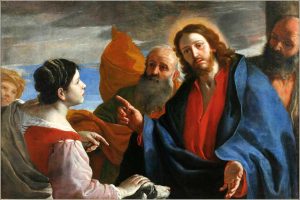 “The tone and the look with which a thing is said make all the difference. Even a thing that seems hard can be said with a disarming smile.

“We can call a friend ‘an old villain’, or ‘a rascal’, with a smile and a tone which takes all the sting out of it and which fills it with affection. We can be quite sure that the smile on Jesus’ face and the compassion in his eyes robbed the words of all insult and bitterness”

“So Jesus is expressing the contemptuous Jewish attitude to Gentiles in order to explain why her request does not fit into his mission to Israel. But written words cannot convey a twinkle in the eye, and it may be that Jesus was almost jocularly presenting her with the sort of language she might expect from a Jew in order to see how she would react. The point is a serious one, that a mission to Israel must have its limits, but the tone need not have been a humorless rudeness.”

In reading Scripture, not only is the whole context of a passage is important, but a knowledge of the culture and particularities of that culture and language are also crucial to understand the Bible.