Homosexuality in Genes and in Animals? 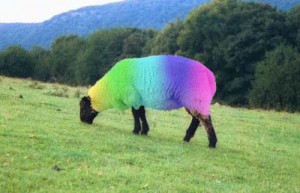 A while ago I had a heated discussion about homosexuality with some good liberal friends. They contend that 1) homosexuality is seen among animals (certainly not proved and if it is – it is only in unnatural situations; more in my response) and, 2) since God “made people homosexual” it must be natural, normal and accepted.
The discussion was heated though friendly. I thought I would respond and I share the response with you. My letter begins:
Dear Friends:
We enjoyed your company and friendship this weekend. We were glad that we could host the birthday party. You are all welcome here anytime. In line with our discussion, I did some research on homosexuality, especially “homosexuality” among animals and the genetic propensity to homosexuality.
The challenge was made that since there are “homosexual animals” it “proves” homosexuality is natural. First, I don’t think there is proof of homosexual animals. But, even if a few animals seem to demonstrate what might be referred to as homosexual behavior, that in itself, certainly provides no conclusive or foundational basis for the acceptance of homosexual behavior in the human population.
It does not establish homosexual behavior as normal, healthy, desirable or even morally right. Animals can be born with two heads (my friend hatched such a snake a few years ago) and people can be born as Siamese twins, but such aberrations don’t make the condition normal, healthy, or desirable. In fact, both are considered as odd, things to be gawked at or corrected. 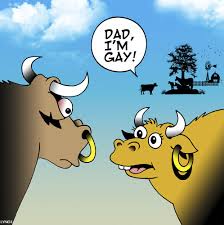 If one replies, as you did, that homosexuality is natural because it is found among animals, then we should notice that there are all sorts of activities practiced by animals that we as humans reject as repulsive. There is extreme cruelty among animals: mothers eating their young, mates eating their partners after mating (e.g., the Black Widow spider), animals eating their own feces and vomit (dogs and cats), or urinating on themselves (goats), etc.
Some animals have mates for a lifetime while others have sex with multiple partners indiscriminately. Some animals even eat their mates. I could go on and on. What can we draw from these facts? That it is OK for people to practice such things because animals do? Heavens no! Just because animals do things that animals do does not make them a model for human morality and behavior.
We are in sad shape if we look to the creatures to search for our origins or to find a model for our behavior. Even worse, if we begin to use animals as our model, we as humans can then justify any deviant behavior since every form of aberrant and repulsive behavior can be found among the animals that share our planet. St. Paul was no fool 2,000 years ago when he wrote . . .
To read the rest of the letter, click here.
Article by JOAN FRAWLEY DESMOND on Monday Aug 22nd, 2016 Not ‘Born That Way’: New Scientific Analysis Questions ‘LGBT’ Orthodoxies
Share on facebook
Share
Share on twitter
Tweet
Share on email
Email
Share on print
Print