PrevPrevious“Employer is Forcing Me to Support A Male Transitioning to a Female at Work”
NextYes, Peter is the Rock; Matthew’s Wording Makes it ClearNext 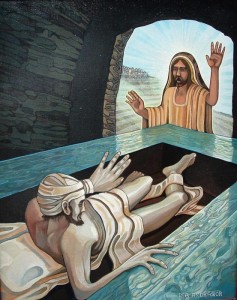 What biblical saint died twice and was buried twice?

Who was the first man that broke all Ten Commandments?

What biblical character killed one-quarter of the population?

Born once, die twice; born twice, die once. What does it mean?

I am one of 5, chosen by 1 of 8
I am mighty small but by me the Mighty fall
Drawn up from the depths, I am aimed at the heights
I was found where I had sunk and I sank where I was flung
I’m in the Bible – what am I?
(Hint: 1 Samuel 17)

DON’T LOOK AT THE COMMENTS WITH THE ANSWERS UNTIL YOU’VE TRIED 🙂
DON’T GIVE UP TOO EASILY!