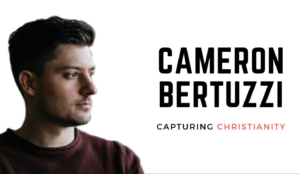 Recently, Cameron Bertuzzi, the man who runs the YouTube-based ministry Capturing Christianity, announced that he recently entered RCIA at a Catholic Church and will formally enter the Church this Easter. Besides being an occasion of joy, Bertuzzi’s conversion offers an opportunity to reflect on a somewhat controversial topic: the role of apologetics in evangelization.
Some in Catholic and other Christian circles are pessimistic about the role of apologetics and argue that it has little or no role in evangelization. People convert to Christianity—we are told—by Christians living out their faith publicly and thus serving as witnesses to the potential converts.There is much truth in this point of view. After all, arguments alone do not bring people into the faith. Indeed, strictly speaking, it is false to say that any one person converts another. Rather, all conversion is fundamentally the work of the Holy Spirit. But while we can all agree that arguments and evidence themselves do not move the hearts and minds of our fellow human beings towards conversion, it doesn’t follow that they have no role, or even no major role, in the conversion of some people. Cameron Bertuzzi’s conversion illustrates that point well.

A Bit about Cameron Bertuzzi

Bertuzzi runs Capturing Christianity, which seeks to “expose you to the intellectual side of Christian belief.” The primary focus of his channel is to defend what C.S. Lewis called “mere Christianity”—that is, the most important and foundational elements of Christian belief: God’s existence, the divinity of Jesus, the historicity of Jesus’ Resurrection, and similar matters.

Bertuzzi’s channel has featured some of the most prominent scholars, both atheist and Christian alike, including William Lane Craig, Graham Oppy, Edward Feser, and many others. Bertuzzi himself has engaged in debates with other leading atheist apologists, like Alex O’Connor and Stephen Woodford.

Throughout these interviews, discussions, and debates, Bertuzzi shows his great zeal for truth and his willingness to seriously engage arguments—even ones that cut strongly against his own views. This trait would present itself again in his conversion to Catholicism.

Early on in his conversion, Bertuzzi had many intellectual objections to the Catholic faith. As an Evangelical Protestant, Bertuzzi offered various objections regarding the Eucharist, divine simplicity, and hell. He engaged in debates with Matt Fradd, host of “Pints with Aquinas,” on a number of these issues, and he slowly grew to appreciate the Catholic point of view.

Bertuzzi also brought in leading scholars—both Catholic and Protestant—to discuss various topics. He talked with Catholics such as Trent Horn, Suan Sonna, and Joshua Sijuwade, as well as Protestants such as James White, Jerry Walls, and Gavin Ortlund, all of whom are prominent Protestant thinkers. Over time, as he talked with friends who were helping him in his process of discernment, he realized that the papacy was the central issue of his investigation.

Cameron Bertuzzi’s conversion to Catholicism was unusual in that it was so public. Throughout the process, Bertuzzi openly engaged in talks with Catholics and Protestants alike, and he made public where he stood regarding his views and potential conversion. Thus, unlike many other conversion stories, we have a clear view of Bertuzzi’s thinking, challenges, and experiences throughout the process. For instance, in a talk with the Matt Fradd (roughly at the 33-minute mark) just a couple months before his conversion, Bertuzzi said that, as a result of his research, he was “93.8% certain” of the truth of the papacy.

While this number might strike us as oddly specific, it illustrates precisely how seriously and thoughtfully Bertuzzi was reasoning about the papacy and which factors he thought weighed in favor of it and against it. We can clearly see that it was his mind that was seeking the truth of Catholicism by focusing on one of the Church’s most distinct characteristics.

One of the arguments he found most persuasive was the biblical typological argument linking the giving of the keys to Eliakim in Isaiah 22 to the keys which Jesus promises Peter in Matthew 16. Bertuzzi weighed this and other evidence for and against the Catholic doctrine of the papacy and put them into a Bayesian analysis (hence his very precise probability). Ultimately, Bertuzzi became convinced that the Catholic teaching about the papacy was true, and he decided to enter the Church.

Nothing above should be construed to say that the arguments alone persuaded Bertuzzi to convert. He was also drawn to the beauty of the Church, in her Liturgy, architecture, and other ways. Matt Fradd made a point of taking Bertuzzi to a Byzantine Catholic church, showing him the beauty of the Eastern liturgy. This interest in beauty is seen when Bishop Barron was on Bertuzzi’s channel in September of 2020.

Bertuzzi marveled at the beauty of Word on Fire’s Evangelization & Culture journal. As a photographer himself, beauty was something that drew him to the faith along with its truth. Nevertheless, if we take Bertuzzi at his word, it was the arguments and evidence for the papacy which were the primary reason for his decision to convert.

God, in his wisdom, uses many means to draw his people into relationship with him. God’s knowledge is so intimate that he knows exactly what would be most effective in bringing about that relationship. For Bertuzzi, someone drawn so zealously towards truth, God used philosophical and theological arguments to show him the truth of the faith.

Is this the manner in which most people are converted? Experience may answer in the negative, but there clearly exists a small but sizable minority for whom arguments are an important means of bringing them closer to God. It is for these individuals that apologists labor, refining their arguments, and searching out new evidence for the faith.

Cameron Bertuzzi’s conversion can offer some consolation to apologists that their work matters. God can and does use arguments and evidence to bring people to the faith. Cameron Bertuzzi is neither the first to be converted in this way nor will he be the last. Let’s thank God for this recent convert and pray for him as he continues his journey of faith. Who knows, perhaps soon it will be “Capturing Catholicism.” He wouldn’t even have to change the logo.