PrevPreviousEverything you need for the “March for Life 2022” – we won’t stop until babies are safe!
NextJ. R. R. Tolkien on ConversionNext 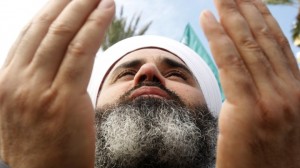 “Islam teaches that Abraham, Moses, Jesus and Mohammad (Peace and Blessings be Upon Him – PBUH) all received the same revelations from God. Then alleges that the ‘People of the Book’ (Jews and Christians) corrupted the scriptures for political ends and then called them ‘inspired’. In September 2020, Yassine Baradai, national secretary of the Union of Islamic Communities of Italy reiterated Islam’s position that Judaism and Christianity are a “heresy” and a “manipulation of the original message of the prophets.” “Say (O Muhammad) ‘O people of the Book! You have nothing (as regards guidance) till you act according to the Taurat (Torah), the Injeel (Gospel), and what has (now) been sent down to you from your Lord (the Qur’an).’ Verily, that which has been sent down to you (Muhammad) from your Lord increases in many of them their obstinate rebellion and disbelief. So be not sorrowful over the people (Jews/Christians) who disbelieve.” (Qur’an 5:68) (Among others claiming corruption are: Qur’an 5:43 5:44 5:45 5:46 5:47, 6:114-115, 10:94, 18:27)

“The Jews and Christians believe in the God of Abraham and Isaac. Isaac is the only son of Abraham and Sarah and Sarah was Abraham’s only wife. Isaac’s descendants were the 12 tribes of Israel. Christians believe from the Israelites came Mary the mother of Jesus, God Incarnate: for God took on a flesh as Jesus, His only Son, Fully God and Fully Human. Christians also believe God’s revelations ended with the death of the Apostle John (~ 95 AD). … 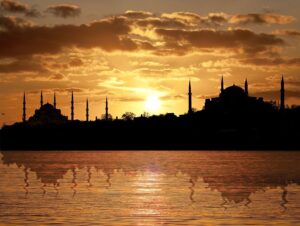 “… The Muslims believe in the God of Abraham and Ishmael. Ishmael was Abraham’s first-born son. His mother was Abraham’s wife Sarah’s Egyptian slave, Hagar. Sarah thought herself barren, and felt that she was obligated to give her husband an heir, so Hagar bore Abraham’s son, Ishmael. Islam claims that in the Christian scriptures Abraham, having had only one son, is false. For a man’s children are his, never the women’s. Then Isaac firstborn son Esau was tricked into selling his birthright to his brother Jacob for a bowl of soup. Jacob deceived Isaac on his deathbed to steal Esau blessing by pretending to be Esau. This trickery led the descendants of Isaac from the true teachings of Abraham’s God, Allah. Esau third wife, Mahalath, was the daughter of his uncle Ishmael. Ishmael had 12 sons, the Arab nations. The Islamic Allah is the God of Abraham and his first born-son, Ishmael (from Islamic tradition). There is no God but Allah and Muhammad (PBUH) is His Messenger. Allah‘s last prophet was Mohammad (610-632)….”

After this Bill goes into pages of detail describing the biblical, cultural, moral, and political differences and the dangers that face us and our children if we don’t understand and get this right. To read the whole report CLICK HERE – updated 1-22-2022).