I know this will cause a lot of heavy breathing and stomping of feet but I think Colleen McCrum of Christendom College has written a worthy piece and made good arguments. These should be seriously considered because a lot is at stake. I could brush it all off and say, “I am almost 62 years old and in a decade or two will be with the Lord so I really don’t care that much.” But, I have four kids and twelve grandkids so I DO care and will vote to prove it.
I could also say, “I am too principled to vote for a non-Catholic who has held various positions in the past and is a bit of a wild card.” But I realize we can never have a perfect person running for president — and politics is, and always has been, the art of compromise and choosing the best options that are presented to us. 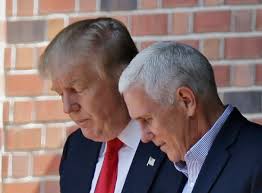 Now, I don’t need a bunch of people to start huffing and puffing and writing to disagree. If you don’t like her article, fine. There are some who will disagree. We can still love each other in the Lord and be civil. I am sharing this article because my wife and I will be voting for Trump without reservation. These are 10 reasons why.
Here is my blog I posted weeks ago. It is also worth a read based on British historian Paul Johnson who argues: When Excess is a Virtue…Why America Needs Trump. I agree with him completely.
Another article with lots of details, consequences and reasons why a vote for Trump is so important: Why Voting for Trump is a Morally Good Choice. Don’t criticize until you have read this whole article. It will explain why for the sake of my grandkids we will support and vote for Trump. 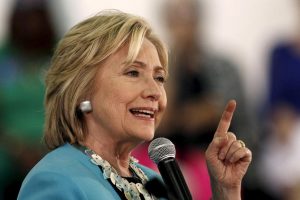 1.) He’s not Hillary Clinton.
We know exactly who she is, what she is, what she stands for, and can pretty well guess what she will do to our country. We can’t risk her getting into office.
If you can’t vote for Trump, vote against Hillary. The only realistic way to do this is by voting for Trump, since he is the only candidate that has a chance against her.
2.) He might pass and protect pro-life laws.
While we know for sure that Hillary will push the corrupt Planned Parenthood down our throats every chance she gets, and she will keep abortion-providing Obamacare in place, Trump is a bit of an unknown with the potential for being pro-life. That is, he claims to be pro-life, and it’s worth the leap of faith on this one. He has said, “Public funding of abortion providers is an insult to people of conscience at the least and an affront to good governance at best.”
3.) Voting for an imperfect man is not a sin.
I have taken philosophy and theology classes since 8th grade. I mention that to lend myself some credibility, not to imply expertise in the subjects. But I studied them enough to know that neither Aquinas nor Aristotle ever said that the ruling sovereign has to be a saint. I understand that lending someone your vote is a big deal, and it is preferable to have a candidate you really believe in. Many people do really believe in Trump, and so this might not be an issue for you. But if you have reservations, I would ask you to consider that:
4.) Voting for a third-party in this presidential election = a vote for Hillary Clinton.
Recent polls have shown Trump ahead by a couple points. He has a chance in this election, so every vote counts.
I’m sympathetic to the ideals of third-party candidates, Libertarians, and Independents. It’s a democracy, anyone should be able to win. We have a rigged system right now, which only allows Republicans or Democrats to realistically win. However, the way to further these other parties is in local elections, and ongoing campaigns. Fuel the fire during the off-season, not during the presidential race! Be realists, not idealists. We have to work with what we have.

5.) There will likely be several Supreme Court spots opening up.
The president is in charge of appointing the Supreme Court justices. With Hilary, we know the type of person she would nominate. With Trump, we might have a chance of getting better people in.
There is a vacant seat right now. There have been rumors about Justice Thomas retiring this year. Ginsburg is already 83, and Kennedy will be turning 80. Breyer is 77. The record age for a Supreme Court Justice was 90; the average being closer to 80. We’ll probably be looking at a few new Justices this term and the next. (Don’t forget there is already discussion that Hillary could appoint Obama as a judge.)
6.) Ben Carson endorsed him.
As Carson said, “It’s not about Mr. Trump. This is about America.” Carson is a Christian and a man of character, and a week after dropping out of the race, he took the time to vouch for the character of Trump. He said, “Some people have gotten the impression that Donald Trump is this person who is not malleable, who does not have the ability to listen, and to take information in and make wise decisions. And that’s not true. He’s much more cerebral than that.”
7.) In the interest of our religious freedoms.
The government is slowly stripping our country of religious freedom. Across the United States, crosses are being labeled as gang symbols, Catholic business owners are being pressured to provide abortion access to their employees, and believing in the beauty of marriage is becoming equivalent to hating gay people. In the past 8 years, under Obama, our country has already changed.
We can’t risk another 8 under a similar president.
8.) He is a successful business man.
Our economy could use some expertise in that area. I know he’s  had some bumps in the road, but there is a possibility he could bring good ideas to our economy.
9.) He hurt my feelings; I’m still voting for him.
Many of the objections I hear, and made myself (earlier on in the race), against Trump include: he’s cocky,  he’s racist, he’s sexist, he’s a joke, he’s not smart enough. The majority of these claims come from statements he has made, not actions.

10.) He’s not Hillary Clinton.
As you may be able to tell, my motivation for writing this is mainly that I know some Catholics are having a hard time deciding whether or not to vote for him. He is not my ideal candidate by any stretch of the imagination. However, I think he’s decent in many ways, and ultimately better than his opposition. For me, that is enough, and I hope you will end up deciding that as well.
Share on facebook
Share
Share on twitter
Tweet
Share on email
Email
Share on print
Print