Mary and the Apostles are Dead! Only Jesus can Mediate for Us! Really?

PrevPreviousWhat Kind of Music Did Abraham Listen To?
NextListening to God Conference: Join for FreeNext

Confusion of Many Protestants

Too often well-meaning Protestants get confused and accuse of things that are outright nonsense if not lies. It is usually because they never take the time to really understand what the Catholic Church actually teaches and practices.

Below is a good example of a kind and well-meaning Protestant pastor who wrote to me earlier today. He is obviously a good man and thinks he understands but his use of the same-old, same-old, worn out and misrepresentative arguments show that he has not done his homework and is parroting things some other parrot taught him.

Let’s look at what he says. First, his letter was posted in my Combox under a blog post “Do Catholics Worship Mary?” in which I give a long explanation. I think our good pastor failed to read the whole article or he wouldn’t have written what he did.

He starts by saying, “I believe the confusion comes because the Church chose to remain theologically in the Old Testament – using priests – when Jesus has become our High Priest.  I am a pastor, and I pray for my people, but I am NOT their ‘priestly mediator’ – Jesus is!

My answer can be as simple as this: We are all priests! We are priests but it does not keep us in the Old Testament, nor does it mean we are trying to undermine the priesthood of Jesus.

St. Peter tells us, “1 Peter 2:5, 9  “And like living stones be yourselves built into a spiritual house, to be a holy priesthood, to offer spiritual sacrifices acceptable to God through Jesus Christ. … But you are a chosen race, a royal priesthood, a holy nation, God’s own people, that you may declare the wonderful deeds of him who called you out of darkness into his marvelous light.” See also Revelation 1:6; 5:10; 20:6.

Not only are we priests, but we also offer sacrifices. My, that sounds awful Old Testament doesn’t it? Yet it is the reality of the New Covenant.

In the Old Testament there was a 1) High Priest (Aaron and his sons), 2) a ministerial priesthood (Levites) and 3) the general priesthood of all the people (Ex 19:6).

The Church is the new Israel. Should we expect it to have a different structure? Of course not. In the Church we still have three levels of priesthood: 1) Jesus is our new High Priest, 2) the ordained priesthood, called by the early Christians “Levites” and 3) the general priesthood of all believers like in the Old Testament. This is exactly what the Catholic Church has and exactly what the Protestant churches have abandoned. 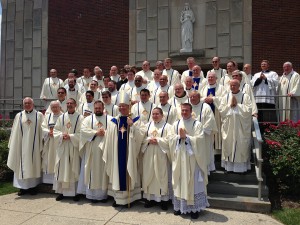 No priest today thinks he has replaced Jesus Christ. They work with him just like the Levites worked with and for Aaron. The Catholic Church is biblical and certainly not stuck in the Old Testament. In fact, we could say the Protestant churches have gone the way of Korah. As we read in Jude 8,

“Woe to them! For they walk in the way of Cain, and abandon themselves for the sake of gain to Balaam’s error, and perish in Korah’s rebellion.” Jude 11.

What was Korah’s rebellion? None ordained, non-Levitical priests claimed that they too were holy and could offer the sacrifices relegated to the priesthood. When they protested and said they could do what the priests do the earth opened up and swallowed them. Jude is not writing to Jews but to Christians and warns them not to claim what is not allowed to them. The priesthood is the priesthood.

I remember my father saying “We have only one meditator between God and man, and it is the man Christ Jesus!” I responded, “Don’t EVER ask me to pray for you again.” Why? Because it puts me in the middle and makes me a mediator.

Jesus is the mediator of a new covenant which only he could establish, but he then asks us to share in his mediatorship by praying for others and acting on their behalf. And he asks the ordained priests to share in his priesthood, working as the Levites to serve him in the sacramental duties of the Church.

The pastor then writes, “The Bible is clear that we MUST NOT try to communicate with the dead – and Mary and the apostles are dead!  Lev 19:31 “‘Do not turn to mediums or seek out spiritists, for you will be defiled by them. I am the LORD your God.  Lev 20:6  “‘I will set my face against the person who turns to mediums and spiritists to prostitute himself by following them, and I will cut him off from his people.

He is assuming here, and quite wrongly, that the Catholic and age-old teaching of the “Communion of the Saints” is equal to occultism. It is certainly not. In one of our oldest creeds, recited by most Protestants too, we hear, “We believe in the Communion of Saints…”

We ask one another on earth to pray for us (making them mediators) and knowing that the saints are alive in heaven, we also ask them to pray for us. 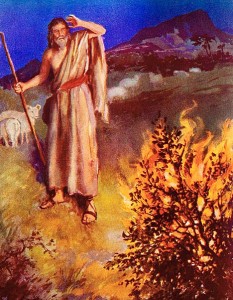 Now our pastor friend makes a bold statement, “Mary and the apostles are dead.” Really? Has he read the New Testament lately? He sounds more like a Sadducee than a Christian. The Sadducees denied life after death. They said that the dead were dead.

But Jesus refutes the Sadducees and our Protestant pastor when he said, “But that the dead are raised, even Moses showed, in the passage about the bush, where he calls the Lord the God of Abraham and the God of Isaac and the God of Jacob. Now he is not God of the dead, but of the living; for all live to him.” Luke 20:37–38

If we want to see Mary alive in heaven all we have to do is read Revelation 12:1.

In the Old Testament the Israelites were chastised for following spiritist and mediums and abandoning God. Saul certainly did this when he refused to wait for God and decided to go to a witch instead of God. We Catholics also condemn occultism and divination. The pastor should know this. It is clearly stated in our Catechism, 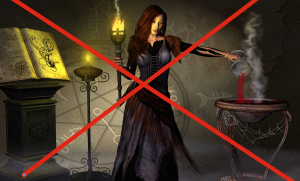 CCC 2116 All forms of divination are to be rejected: recourse to Satan or demons, conjuring up the dead or other practices falsely supposed to “unveil” the future. Consulting horoscopes, astrology, palm reading, interpretation of omens and lots, the phenomena of clairvoyance, and recourse to mediums all conceal a desire for power over time, history, and, in the last analysis, other human beings, as well as a wish to conciliate hidden powers. They contradict the honor, respect, and loving fear that we owe to God alone.

CCC 2117 All practices of magic or sorcery, by which one attempts to tame occult powers, so as to place them at one’s service and have a supernatural power over others—even if this were for the sake of restoring their health—are gravely contrary to the virtue of religion. These practices are even more to be condemned when accompanied by the intention of harming someone, or when they have recourse to the intervention of demons. Wearing charms is also reprehensible. Spiritism often implies divination or magical practices; the Church for her part warns the faithful against it. Recourse to so-called traditional cures does not justify either the invocation of evil powers or the exploitation of another’s credulity.

We do not consider asking the saints who are alive in heaven to pray for us a violation of Old Testament or New Testament law. The confusion lies with the pastor who accuses Catholics without knowing of what he speaks. 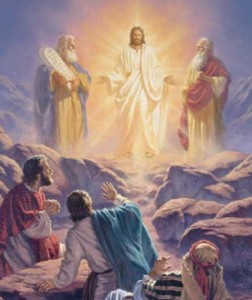 One needs only look at the Transfiguration to understand a bit more about the spiritual world and its interconnection to believers on earth. Jesus is talking to whom on the mountain? A dead guy? Moses had died and been buried over a thousand years earlier yet he is very much alive and talking to Jesus.

And notice, Moses is aware of what is going on on the earth because he came to talk to Jesus about what is soon to take place in Jerusalem (Lk 9:31). They were discussing the real world. They were dead, but not dead. They were very much alive. They did not appear as spirits or ghosts. Luke specifically said “the two men.”

There was more that the pastor wrote but only to repeat what we’ve already responded to. I suggest he study the Catholic teaching and the teaching of the very first Christians and come back to the fullness of the Faith. And if he wants to quote the Bible he ought to study his Bible a little more carefully too.